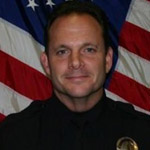 Steve Bowles is a Sergeant with the Seal Beach Police Department in Southern California. Steve has been with the Seal Beach Police Department since 1994 where he worked as a patrol officer, field-training officer, and drug recognition expert before being promoted to Corporal. He was assigned to the Detective Division assigned to Narcotics, Fraud, Forgery and Elder Abuse. In 2006, Steve was promoted to Sergeant where he was assigned as a field Watch Commander. In 2009, Steve graduated from the 237th Session of the FBI National Academy in Quantico, Virginia. He is now assigned as the adjutant to the Chief of Police.

Steve was raised in Southern California graduating from California State University, Long Beach with his Bachelor’s Degree in Sociology and his Masters Degree in Public Administration. He also holds a Master Degree in Counseling from the University of La Verne.

Steve is an Adjunct Faculty member at Long Beach City College and has been a National Faculty member for the Josephson Institute of Ethics. Steve also serves as a board member on California Peace Officers’ Association (CPOA) Region 1 committee.

In 2004, Steve was diagnosed with Stage 2 Melanoma. With the support of his family and friends, the diagnosis and treatment served as a learning experience as to the power of family and peer support. Steve is dedicated to bringing the Law Enforcement Cancer Support Foundation to the law enforcement family. Steve was cancer free for 4 years until two additional locations of atypical cells were found in July 2008. Steve underwent surgery and has returned to work full duty.

Steve is married to his wife Christina who is a family nurse practitioner who he credits with the early detection of his melanoma and saving his life. They have three daughters, Katey, Cassie and Carley. Steve and his family live in Ladera Ranch, California.

Steve believes it paying it forward!