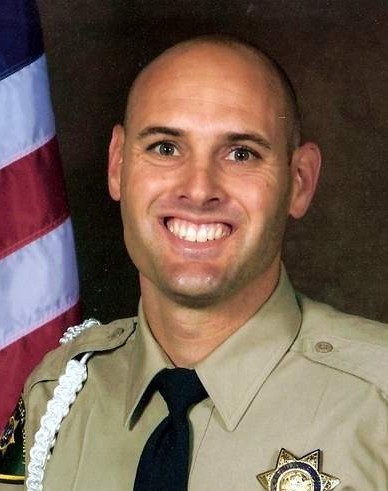 I was only 29 when I was diagnosed. I was fresh out of the academy and was on patrol for about 2 months when I had a seizure writing a coroner’s report in the squad room. I had no previous seizures or signs of anything being wrong… after all I was fresh out of the academy and was in the best shape of my life. I was taken by ambulance to my local ER where I was examined by a doctor. She thought I was fine and was going to send me home, but she wanted to do one more test before she released me, a cat scan of my head. Well, about 30 minutes later the doc walked in and showed me, my wife, and my parents the scan. I had a mass the size of a walnut growing in the frontal right lobe of my brain. We were all in shock at that point, but the doctor said the tumor did not appear to be consistent with a malignant tumor and she thought it was benign. I stayed the night in the hospital that night wondering what God had in store for me. The next day a local neurologist came to my room and said to my wife and I, “I can’t help you”, but he was going to refer me to UCLA where he thought I would have a better chance with surgery.

The next two weeks seemed like years as we waited for an appointment with UCLA. We finally got an appointment and met with a great Neuro Surgeon named Dr. Linda Liau. She stated the tumor needed to come out as it was extremely close to my pre-motor skills area and the tumor was pushing against it causing the seizures. It was a high risk surgery and she stated I could wake up with temporary paralysis on my left side. On Aug. 23, 2007, I had brain surgery to remove the tumor and sure enough I woke up with a massive headache, nausea, and 45 staples in my head, but I was alive…thank God! Unfortunately, I had the complete paralysis on my left side.

A week later, while recovering in the hospital, my family and I were informed of the results of the pathology report, part of the tumor came back positive for cancer. I was diagnosed with stage 3 brain cancer. I spent the next month at UCLA undergoing intense physical therapy to regain movement and strength in my left side. I was finally released from UCLA and was able to go home. I started 6 continuous weeks of radiation to my head along with starting called Temodar, which I am still on today (I am on round 20 of 25, almost done). I continued with more intense physical therapy for the next 5 months until I was 100%.

In total I was off work for 8 months. Since I was just a boot I did not have enough vacation and sick time to get a paycheck the whole time. But, thanks to my brothers and sisters at the Santa Barbara County Sheriff’s Department, I was blessed with 3 months of donated hours until the long term disability kicked in. I started back at work light duty taking counter reports. Due to still being on chemo, 12 hour shifts, and the risk of having seizures, I realized being on patrol was no longer an option for me. I voluntarily transferred over to a Custody Deputy and am currently working in the Alternative Sentencing Division, which has been great for my health. The hours are better and the Department has been very understanding with all my medical appointments.